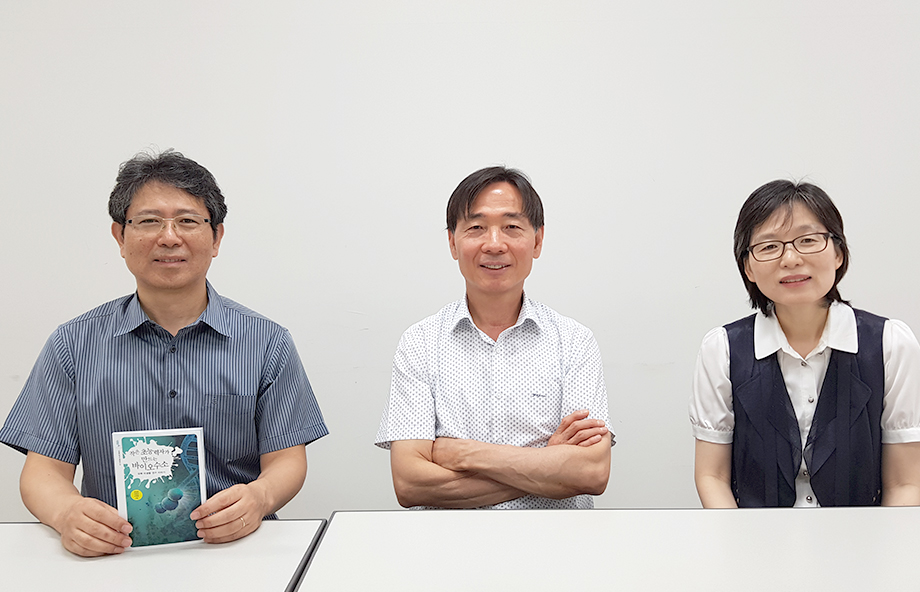 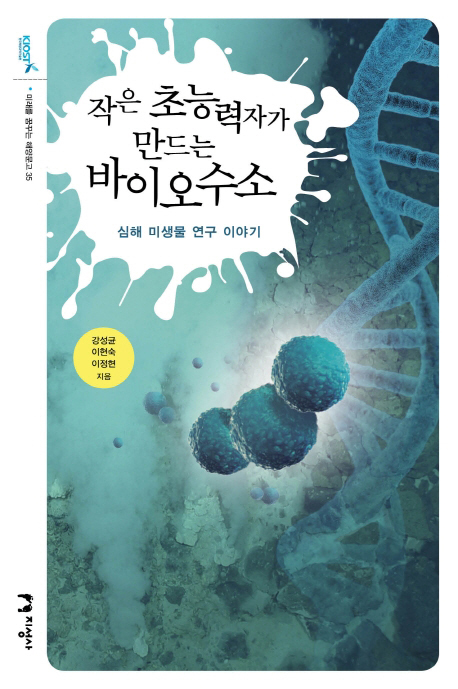 The Korea Institute of Ocean Science and Technology (KIOST)'s research vessel Onnuri began its historic voyage in 2002. It was an exploration of deep-sea mineral resources in the Pacific Ocean. One of the missions of the team was to explore the creatures in a deep-sea hydrothermal vent―a geyser at the bottom of the sea―near Papua New Guinea. Finding and sampling a hydrothermal vent in the deep sea was challenging even for team members with years of experience, but it took two attempts to finally collect environmental samples. This project brought them a great achievement, which was the discovery of a new microorganism called “Thermococcus Onnurineus NA1.” After 15 years, KIOST has developed the rare microorganism NA1 as an industrial strain that produces biohydrogen, a green energy source. Biohydrogen Created by a Tiny Superpower tells the story of the entire process from discovery of NA1 to its application in industrial fields. UST faculty members Kang Sung-gyun, Lee Hyun-sook and Lee Jeong-hyeon, who participated in this research and development, are the authors.

Wishing to Share the Value of a New Scientific Discovery

When RV Onnuri began exploring deep-sea mineral resources in 2002, securing deep-sea microbes was something that no country could easily challenge. It requires expensive equipment and advanced technology. Furthermore, since it’s difficult to implement, it was considered possible only in a few developed countries. However, the Korean research team challenged and succeeded in securing deep-sea hydrothermal microbes with technology developed in Korea. On top of that, the team tried cultivating by separating microorganisms from the samples collected at that time. Microorganisms grew in two culture vessels. One of the isolated microorganisms is Thermococcus Onnurineus NA1, named after RV Onnuri. It means “novel archaea.” 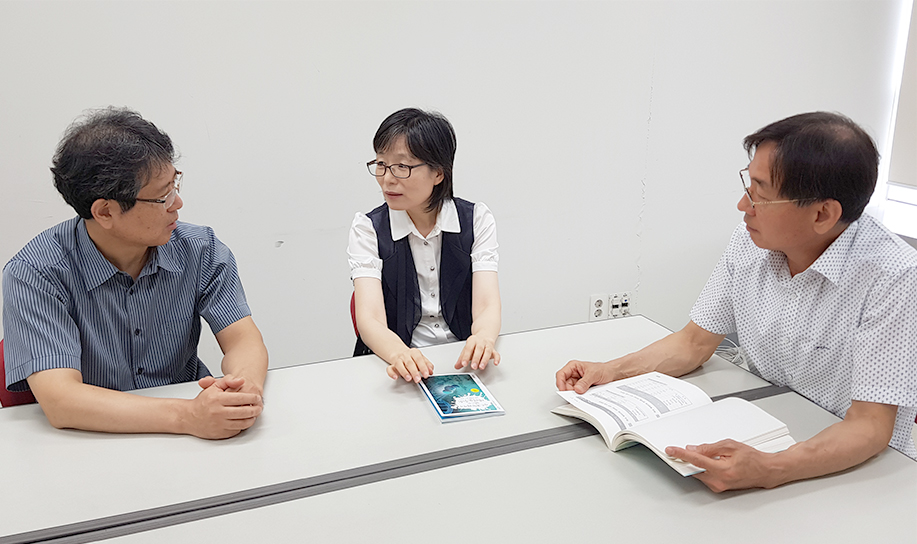 This incredible scientific discovery doesn’t end here. The research team paid attention to the fact that NA1 can grow at a high temperature of 60 to 90℃, since being able to grow in high temperatures means it can make enzymes that withstand heat. The team eventually developed DNA polymerase using some of NA1 genes and the technology has been transferred to a leading biotechnology company in Korea.

In addition, NA1 has a variety of hydrogenases. Hydrogen is highly sought after as a future energy source due to its environmentally friendly properties. The researchers found that NA1 has the ability to convert carbon monoxide into hydrogen. After long research, they succeeded in developing NA1 as an industrial strain that produces biohydrogen. In particular, in 2016, Dangjin Steel Mill tried to demonstrate the world's first continuous production of biohydrogen using by-product gas and showed the possibility that biohydrogen production technology could be practically applied to industries.

This small and thin book is only 120 pages; it is also written in a way that anyone reading can easily understand it. You can casually read it anytime, anywhere. Although it is a difficult science story, you will see scientists’ exaltation, ground-breaking research and its outcome that widely affects the medical and industrial fields. You can also witness their relentless challenges to discover other microbes.

Isn’t it every scientist’s dream to have a research that ceaselessly improves and produces new discoveries? We’re certain that you will see in this book the discovery, excitement and challenges that every researcher hopes to reach. 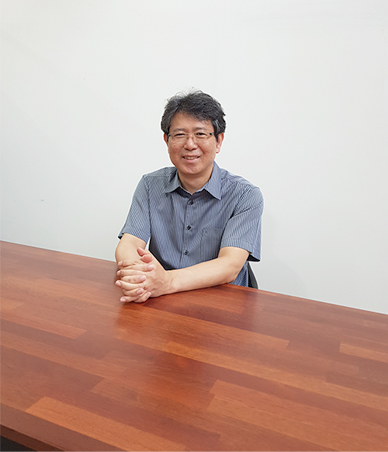 “Anybody can do an easy task; the reason I don’t stop challenging myself despite the difficulties I face is because I know the value of my work, which is the fate for a scientist. I was extremely lucky that I could collaborate with people who recognized the value of the new technology and participated in the adventure and challenge. They motivated me to keep going with new technology development and research and I was able to share this precious experience with them.” -p.116

“It’s the most memorable part because it describes the value and joy of science that we challenge even despite the struggle during the process,” said Professor Kang Seong-gyun.

“Microbe research is a mysterious and unpredictable exploration process.” -p.103

“Microorganisms are small and invisible, but because they are living organisms, they adapt to the environment with hidden abilities in the genome. The small part of what we witnessed in the microbes is already incredible. But that’s only 1% of their potential,” said Professor Lee Hyun-sook. 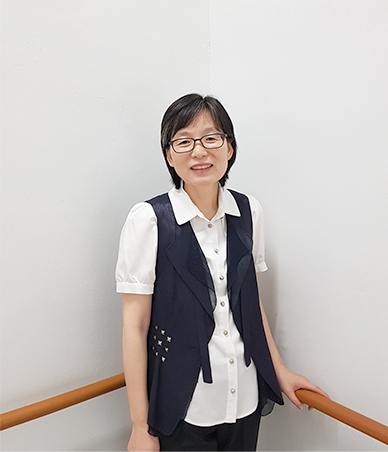 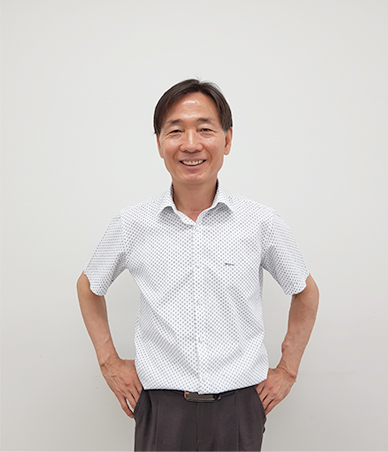 “The exploration of RV Onnuri, one of the Korean Ocean Research and Development Institute's research vessels, successfully isolated and cultivated archaea Thermococcus Onnurineus NA1 for the first time in Korea from a deep-sea hydrothermal vent at a depth of 1,650 meters near Papua New Guinea in the Pacific Ocean. This outcome was ascribed to Korea’s ocean science technology combined with every researcher’s hard work.” -p.64

“Brilliant ideas and great equipment are the key factors for research success. Basically, large equipment like the research vessel Onnuri is required. However, our research showed that sometimes you need to challenge with faith, which might even seem reckless, that the desired strain will grow in the sample obtained through a simple sample collector rather than high-tech equipment to accomplish what you want,” said Professor Lee Jeong-hyun.