Inauguration of President Ieehwan KIM as the fifth president of UST 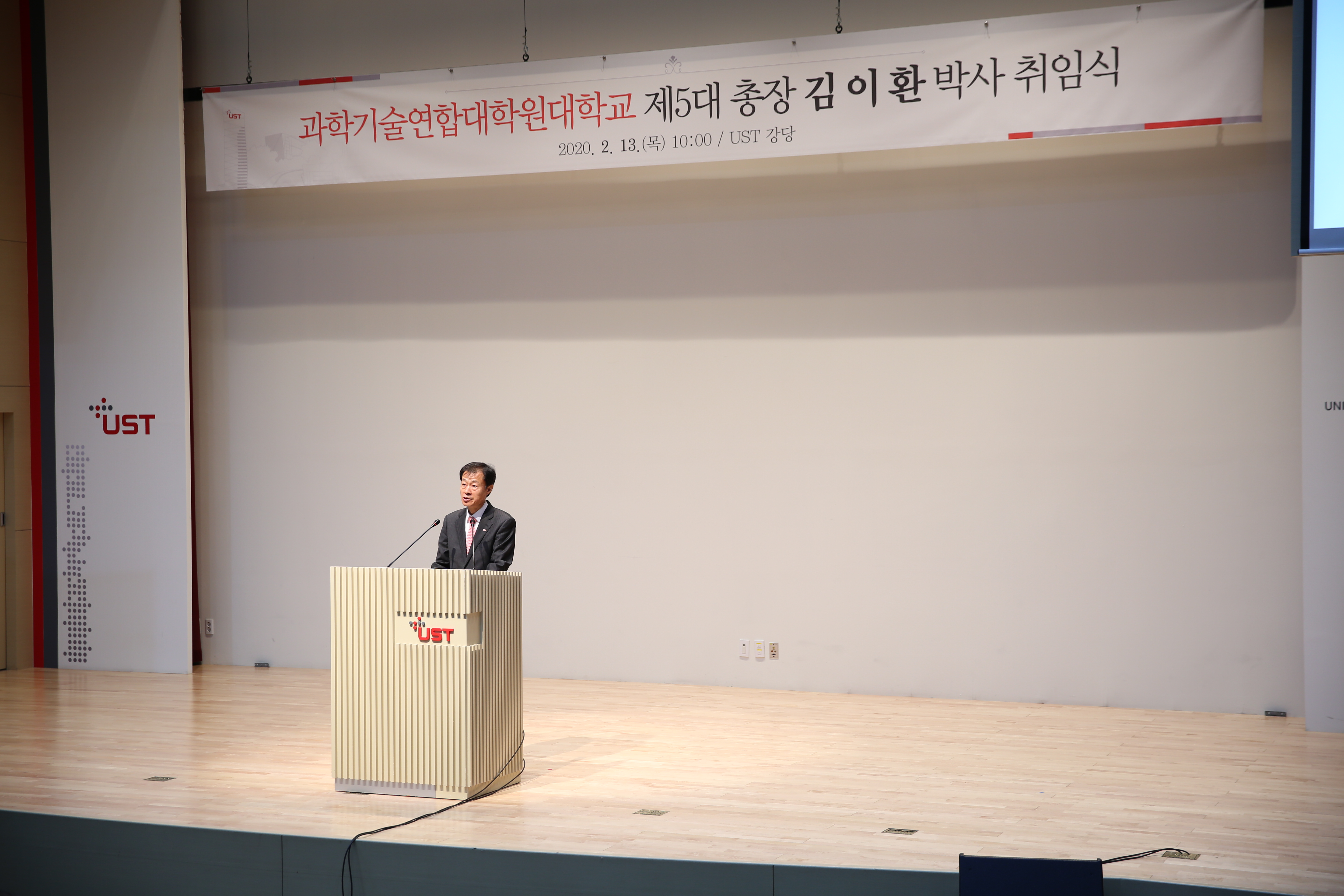 Inauguration of President Ieehwan KIM as the fifth president of UST

At 10 AM on Thursday, February 13, UST (University of Science and Technology, President Ieehwan KIM) held an inauguration ceremony for its fifth present in the UST headquarters auditorium.

Guests, including the former president of UST, Dr. Kwangyun WOHN and the current chairperson of the National Research Council of Science & Technology(NST), attended the ceremony. In order to prevent the spread of the novel coronavirus, the event was open only to members of the university community.

In his inaugural address, President Kim emphasized, “Real change and innovation must be achieved, not through the pursuit of external growth, but from the adoption of a value-oriented and cultural perspective.” He also added that as President he, “will put in [his] best efforts to ensure that the challenges that [he] will face with the members of UST will become opportunities to make historic progress and that his tenure will not be forgotten as ordinary.”

Following this statement, President Kim presented five goals for the development of UST. The goals are as follows:

- Establish a system to train world-class researcher who will lead technological innovation and a system to promote virtuous cycles of research and development;

- Strengthen the community spirit among the members of UST;

- Promote UST’s role as a catalyst for the exchange of research and the development of the local community;

- Enhance UST’s status as a global university through its global networks; and

- Establish an organizational culture of service.

In pursuing the goals stated above, President Kim added that he, “will continue to develop detailed plans for realizing the five development goals from a people-oriented, site-oriented, and demand-oriented perspective.” 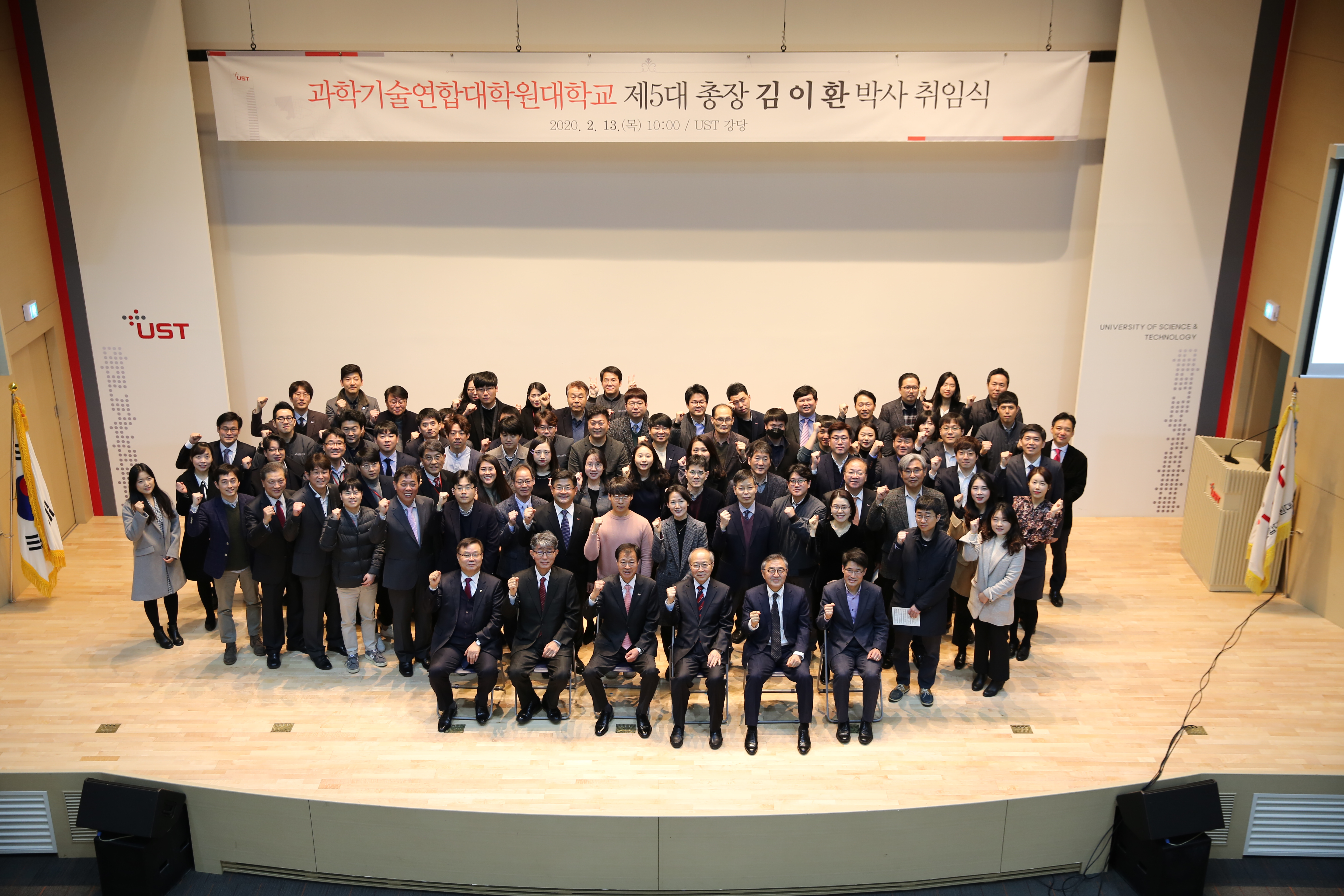